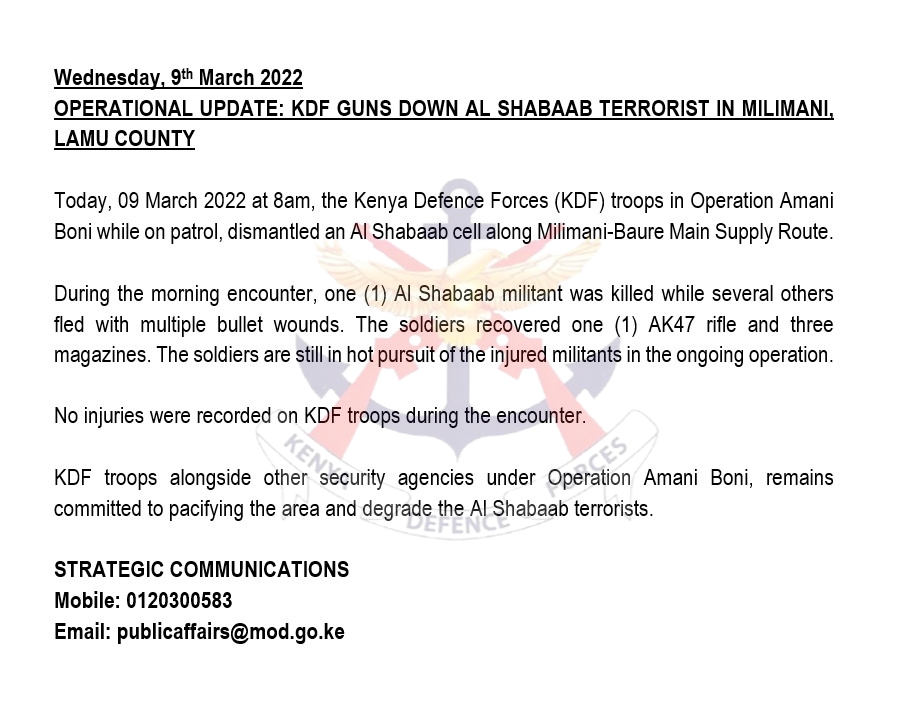 During the morning encounter, One(1) Al-Shabaab militant was killed while several others fled with multiple bullet wounds. The solders recovered one (1) AK47 assault riffle and three magazines. The solders are still in hot pursuit of the injured militants in the ongoing operation.

No injuries were recorded on KDF troops during the encounter.

KDF troops alongside other security agencies under Operation Amani Boni remains committed to pacify the area and degrade the Al-Shabaab terrorists.