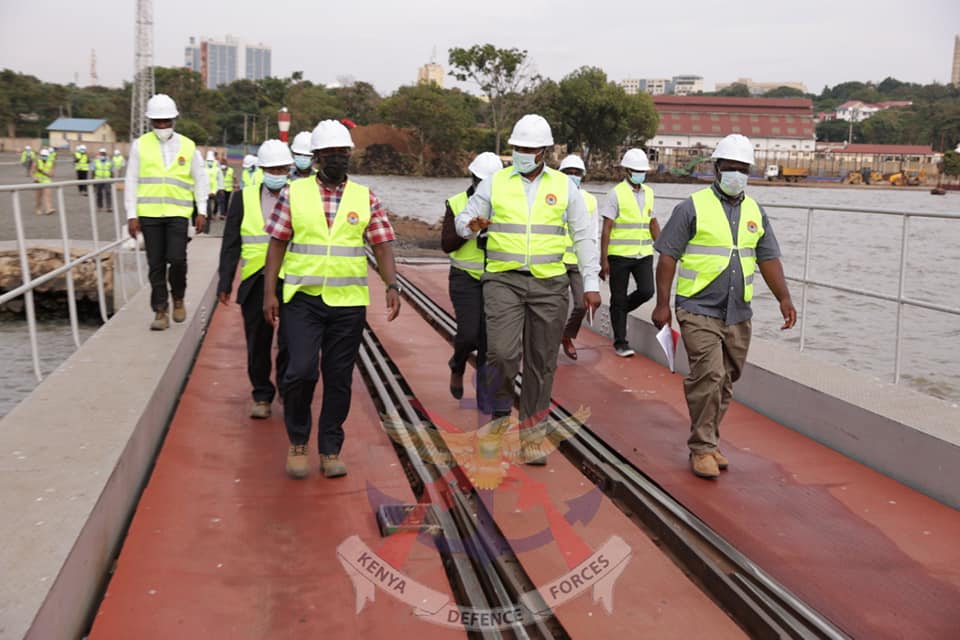 March 7, 2021 in CDF Brief 5213 0 0
Chief of the Defence Forces General Robert Kibochi accompanied by other board of directors visited the Kisumu Shipyard on Friday, 5 March 2021.
Kenya Defence Forces is constructing a new shipyard as part of the ongoing rehabilitation and expansion of the important lake transport facility. The restoration of Kisumu port into a modern regional lake transport hub is to improve its capability of handling large volumes of cargo from Kenya into the East African economic hub.
The CDF expressed satisfaction with the progress made in reviving the yard with concentration on the dry dock area, gate and main access site, administration block and parking area construction.
General Kibochi later visited the Mango Tree Group site, which is managed by People’s Republic of China. The contractor is tasked with dredging of the port and piers along the lake. He further expressed his appreciation to the China government for partnering with Kenya. 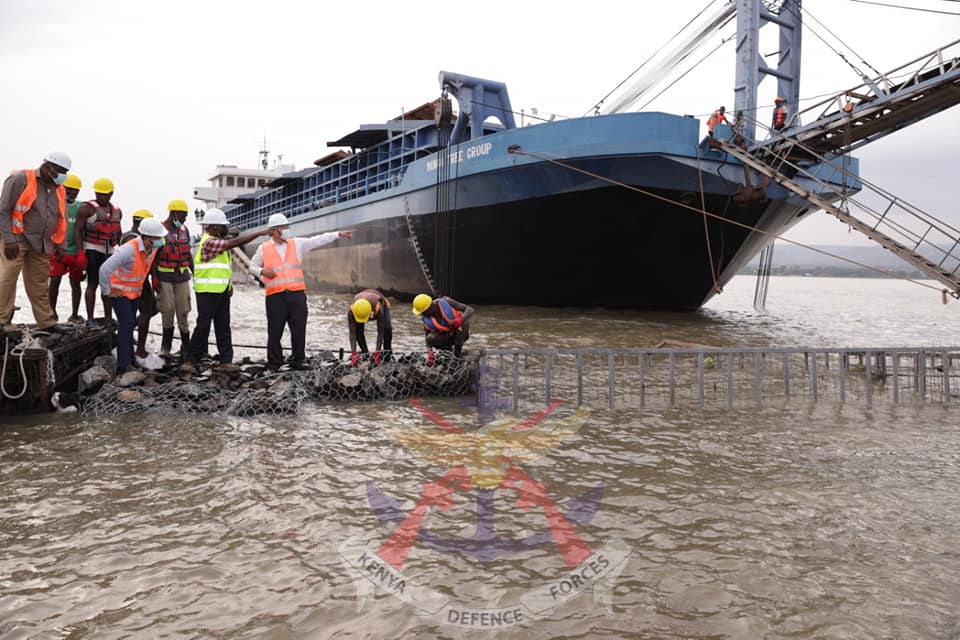 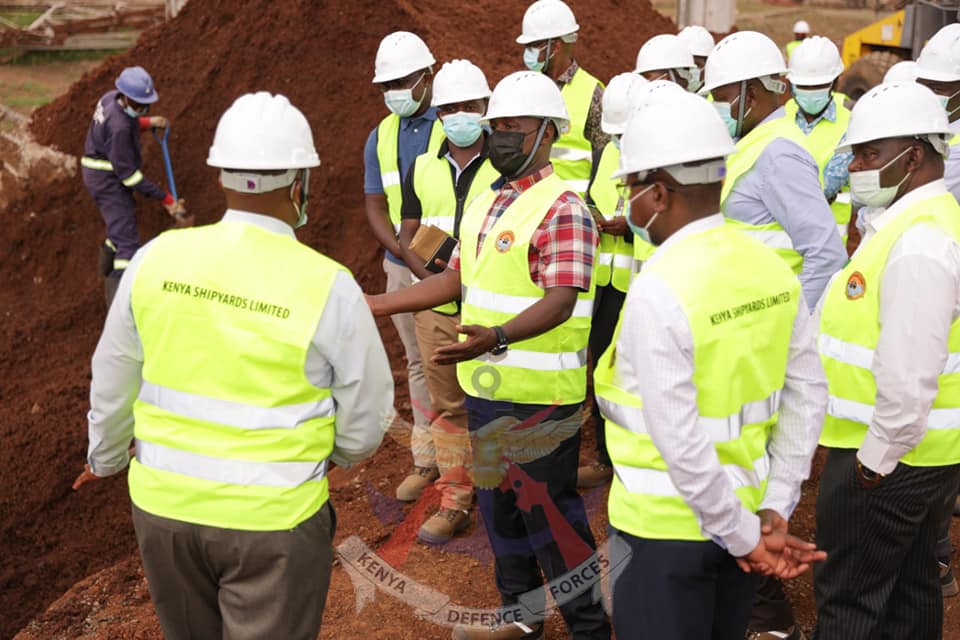 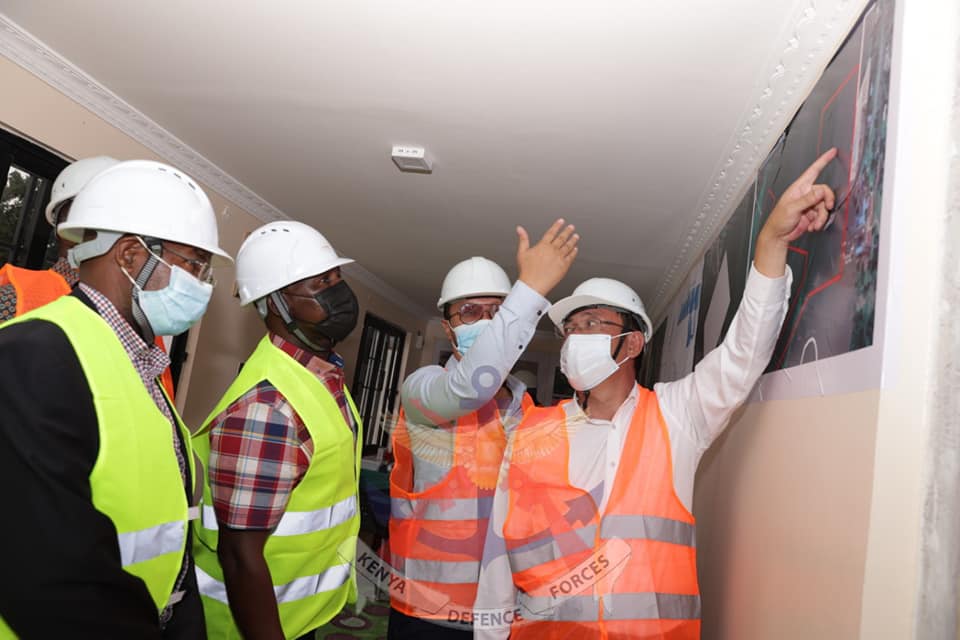