The Executive Order No. 2 of May 2013 (Revised May 2020) created the Ministry of Defence. The work of the Ministry of Defence is informed by the Constitution of the Republic. The Ministry is obliged to facilitate and support the Kenya Defence Forces (KDF) in the discharge of their mandate under Article 241 (3) (a), (b) & (c) of the Constitution, in order to ensure that KDF, which is the Ministry’s technical arm achieves its vision to be ‘a premier, credible and mission capable force deeply rooted in professionalism’.

Civilians who work in the Ministry play a complementary role to enable the KDF concentrate on their core functions. Over the years, the civilian personnel strength rose from 200 people in 1961 to over 2000 human resource in 2020. They provide different services in support of the Defence Forces ranging from Policy, Administration, Financial Management, Public Communications to Human Resource Management, Medical and Technical Services. 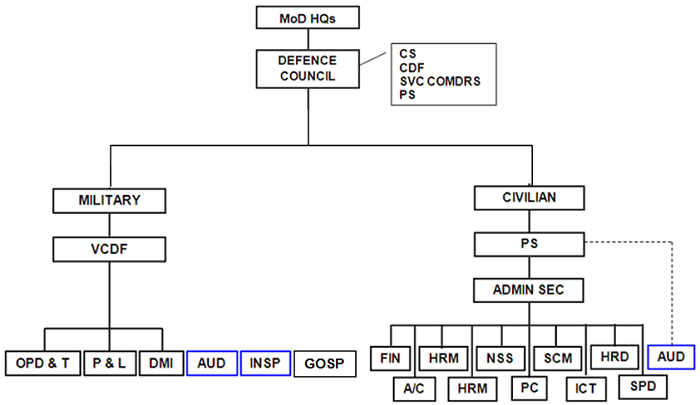